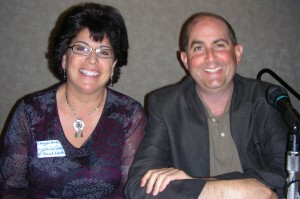 Last night I felt like I’d died and gone to Heaven.

That’s the sensation one has when a passion is being filled to the brimming [tipping?] point.

For a student of the Social Media Revolution, nothing could be more gratifying and fulfilling than to hear a panel of highly influential Social Media Mavens describe what’s happening “out there” . . . Now . . . and what’s likely in our Future.

Sponsored by The Next Bench, an official HP destination for innovation and computing enthusiasts.

Moderated by Tony “Frosty: Welch, Community Manager for The Next Bunch, responsible for Web, Community and Social Media Strategy.

Selected HEADLINES from the panel discussion:

THE ENTIRE WEB WILL GO SOCIAL

FISH WHERE THE FISH ARE

YOU DON’T KNOW WHAT YOU NEED UNTIL YOU NEED IT

IT’S ALL ABOUT STORY-TELLING

THE MORE YOU LOWER THE BAR, THE EASIER IT IS FOR THE WORLD TO GO ROUND

IT’S NOT ALL ABOUT CONVERSION — CONVERSATION IS CRITICAL

Selected clips from the conversation:

* Experts are looking to lower the bar.

* The Social Media Revolution is like a fast-moving sushi train.

* The Top Ten websites from a decade ago had one social network site; today more than half are social media.

* Digital Embassy Strategy: Fish where the fish are — have Embassies in all the venues where your customers are

* Being “Gracious” is vital to being IN with Social Media.

* Companies are screwing up as they experiment with social media, BUT these mistakes don’t seem to hurt the Bottom Line.

* Social Media is NOT YET MAINSTREAM!

* Innovation really matters: *****INNOVATE IN SMALL WAYS – Those who innovate and iterate in small ways are positioned to pull ahead when things go mainstream. When something becomes a winner, you’ll be there.

Those who innovate and iterate in small ways are postioned to pull ahead when things go mainstream.

* Do not look at Social Media in a vacuum: Look at all stakeholders and determine where social media fits. Where’s the HIGHER PURPOSE?

* Social Media, conversation media, whatever you want to call it — it’s all about one-to-one.

* We’re on THE CUTTING EDGE: The Internet is always changing.

Aren’t you sorry you missed it? You can see and hear some of the discussion on YouTube when the videos are posted.

Don’t miss the next in HP’s series. Just check with Frosty.

This entry was posted on Thursday, August 20th, 2009 at 2:22 pm and is filed under Blogging, Branding, Business Growth, Facebook, Future of Marketing, Internet Marketing, Listening, Performance Social Media, Personal Branding, ROI, Roadmap, Social Media, Social Media Marketing, Success. You can follow any responses to this entry through the RSS 2.0 feed. You can leave a response, or trackback from your own site.

Posted via web from Andrew’s posterous