Founded in 2008, Escherman is a specialist consultancy delivering world class social media, SEO, PPC and analytics training. We also provide bespoke consulting in these areas too. 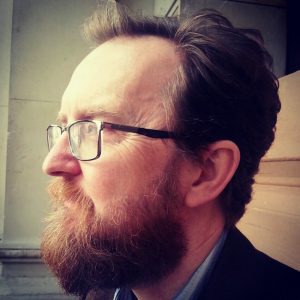 Andrew Bruce Smith is a specialist digital PR, social media, SEO and analytics trainer and consultant. With a career spanning 33 years, he has developed and implemented many highly successful strategic digital communications programmes for some of the world’s biggest brands including IBM, CapGemini, Apple and Checkpoint.

Andrew was recently cited by the Chartered Institute of Public Relations (CIPR) as “one of PR’s greatest thinkers” as part of the CIPR’s list of 70 members who’ve made an outstanding contribution to the Institute and the wider PR industry.

He is a co-author of ‘Share This’ and ‘Share This Too’ (publisher: Wiley), best-selling, practical handbooks to the biggest changes taking place in the media and its professions. Commenting on the first volume, Lord Sugar said: “This book is a useful guide to using social media effectively”. Andrew has also contributed a chapter on the impact of AI and automation to the PR industry in Platinum, a new CIPR book comprising contributions from more than 50 thought leaders – including CBI Director-General Carolyn Fairbairn – on five key areas, namely: perspectives, practice, performance, provocation and the future potential of the profession.

Andrew is currently a trainer and consultant in social media, analytics, SEO and digital marketing for the Amber Group, the Chartered Institute of Public Relations (CIPR), the Public Relations & Communications Association (PRCA), the Media Trust, the Incorporated Society of British Advertisers (ISBA), Understanding ModernGov and the SMi Group. He has consulted or provided training to over 1000 organisations in the last eight years including NATO, the Department of Environment (DEFRA), NHS, Specsavers, Sky, Jaguar Land Rover, Disney and many others.

Andrew has been a consistent digital innovator, being among the first UK communications practitioners to exploit e-mail (1991), the World Wide Web (1994) and Twitter (2007). Described as the “de facto godfather of PR blogging”, he is a regular speaker and media commentator on the integration of PR with social media, search optimisation and analytics. He is a CIPR Fellow and a member of the CIPR’s AI in PR Panel and also holds the Google Analytics Individual Qualification as well as being an approved Google Partner in search advertising.